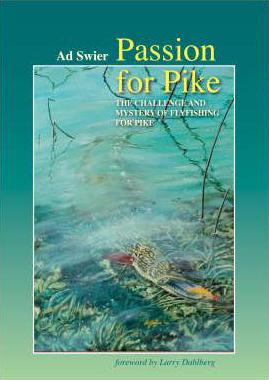 Since the early seventies Ad has written for several fishing magazines.

Originally he wrote for the sheer fun of it, complimenting the narrative with his own artwork and photographs.

He is now in considerable demand as a writer. Both in continental Europe and the U.K.

Ad now finds himself working more and more as a journalist and covering various subject matter apart from angling.

He prides himself on personally dealing with every aspect of article production: From the initial idea to first contacts, from interviews through the actual writing of the piece and to the photography and illustrations.

Ad’s work has been ‘discovered’ by some major ‘mainstream glossy’ magazines such as ‘Seasons’, ‘Man of all Seasons’, and ‘AD magazine’.

He also works for various fishing magazines. Ad has produced his own book called ‘Swierigkeiten’.

A collection of short pieces about fishing and nature.

He has also written and illustrated a children’s book called ‘Pieter and Perca’ to be published by the Summer of 2000 in Dutch, German and possibly English.